After the turbulent 2020, and a still uncertain 2021, it is hard to imagine that the world of events will go back to the way it was. This is because almost every major physical event in most industries was canceled due to the pandemic. However, there were some hybrid examples that prevailed and stood out over the years. These events showed that organizers can bring together the physical and virtual world, and create experiences like no other.

Of course, there were hybrid events before these years as well, but they were still an exception. Now, they have the potential to be the norm. However, many organizers and companies are still on the fence about them. This is because they are not clear about the logistics and know-how. To curtail these concerns, these organizations should look at some examples of major hybrid events over the past few years. Who knows? They could join this illustrious list eventually!

The Formula 1 season of 2020 was disrupted at very short notice by the COVID-19 pandemic. There is a whole culture of celebrations and luxury around the sport, particularly for members of its Paddock Clubs.

That year, the organizers shifted exclusive one-on-one meetings, team events and other such celebrations online for its audience. This Virtual Paddock Club, and the personal access to players online became quite popular. Zoom powered the virtual aspects, and has now signed a deal with Formula 1’s organizers to continue this online experience. 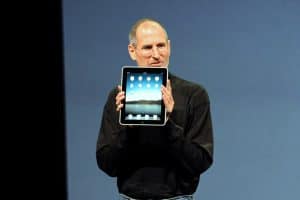 Apple has always been an industry leader, and its events have been hybrid for years now. Its Special Events introduce new products to a live audience, and also stream the proceedings online. Due to its popularity, Apple’s events get millions of streamers from all over the world, in addition to the more selective audience present at the venue itself.

A prime example of this is when Steve Jobs launched the iPad back in 2010. This proved to be one of the best events in its history, and still holds that position. This is because he was able to address a large audience and explain the product’s features with hands-on experience. Even people who saw it later felt like they were sitting in the audience.

Tomorrowland Around The World – The Digital Event

While Tomorrowland is one of the most awaited physical music festivals in the world, it had to shift its focus in 2020. However, it became one of the best hybrid examples out there. A-list singers such as Katy Perry, Steve Aoki, and David Guetta performed at this festival.

In addition, the organizers hosted a number of webinars and interactive events as well. They even had a 3D island backdrop, so the audience could really get an immersive experience. 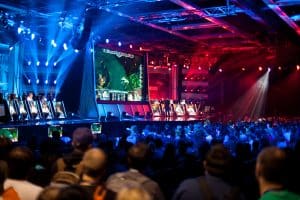 This video game tournament has redefined esports and embodies the spirit of hybrid events at its finest. In 2019, over 15,000 fans attended the tournament finale at a hotel in Paris. Meanwhile, over 100 million people watched the event online, with peak traffic having 44 million viewers at the same time.

These phenomenal numbers show how hybrid events can immensely increase outreach. Companies should emulate the connectivity and infrastructure required for such an achievement.

This was one of the earliest events which served as hybrid examples for future organizers. The American government hosted it way back in 2012, and it went quite smoothly. Over 900 people attended physically, while 1,000 participated online.

The organizers created an experience using movie production methods such as green screens. This allowed the virtual participants to see the venue and feel as if they were present.

These examples showcase the diverse usage scenarios of hybrid events. While they might seem intimidating and look like a lot of work, the end results are well worth it. Hybrid events offer a whole array of benefits which no organizer can ignore. In all the examples given above, they helped companies expand their reach beyond geographical limits.

Furthermore, this event format is great when there are travel restrictions for reasons like the COVID-19 pandemic. Companies like vFairs can organize these hybrid events for anyone who wants to host them with meticulous attention to detail. The given examples are just the tip of the iceberg, as they hold immense potential for all industries. So, update that marketing plan and add hybrid events to your roster!